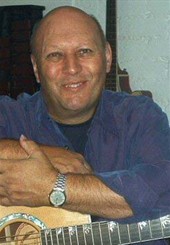 After leaving College I joined the District Bank, (soon to become part of the Nat West Group) in Royal Parade. I soon tired of that and handed my notice in. Fortunately I then applied for temporary employment with a chemist wholesaler, converting their stock prices to decimal currency in time for D Day (15 Feb 1971). During this time I auditioned as a guitarist in a trio and thus fell into music as a career.

The trio had a seven night a week residency at the Bodmin Jail Night Club, providing backing for Cabaret and music for dancing.

Eventually this brought me to Bristol where I have lived ever since. In 1974 I married a Plymouth girl who I met whilst still a pupil at Plymouth College, and in 1975 ceased  to be a professional musician and became a representative for the Cooperative Insurance Society (due, I might add, to a chance encounter in Bristol with another OPM, Chris Turner, who was the assistant manager of one of the Bristol branches). I stayed with the CIS for the next 30 years and in 2005 decided to take early retirement and pursue a musical path once more as a freelance guitar teacher. This is what I do today with great enjoyment.