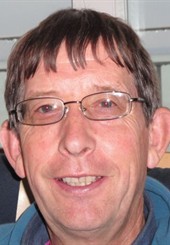 My plan was to study Maths at Edinburgh University and become an actuary, but having been in the CCF at school I joined the Officer Training Corps at university and half way through my uni course decided an Army career sounded much more fun!  Having gained my degree it was therefore off to Sandhurst to start what turned into 25 years of Army service.  During that time I served in Germany and the UK, with various spells in Northern Ireland, finishing as a Lieutenant Colonel on the staff at the British Embassy in Washington.

Threatened with a ‘desk job’, I retired at 46 and headed for the sun, living in Cyprus for 6 years and spent time there helping out animal charities and walking the great Cypriot countryside.  My 4th child was born in Cyprus, which meant a return to the UK where I joined Sussex Ambulance Service, retiring from them in June 2012 after a couple of years working on rapid response cars.

I now work the occasional bank shift for the Ambulance Service, but spend most of my time walking and cycling, mainly across the South Downs, close to our home in Worthing.  In June 2012 I managed a lifelong ambition of walking the whole 268 miles of the Pennine Way, in the process raising money for Help for Heroes.

Married to Julie, we have 4 children, with 2 grandchildren arriving later in 2013.