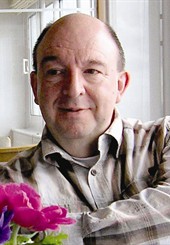 On leaving school I got a place at the School of Photography at the Polytechnic of Central London, (now known as the University of Westminster),on a three-year course in Photographic Arts. After gaining a BA and specialising in film production, I worked for a short period as an assistant in the Film Department of the British Council, London, before leaving them to join Granada Television in Manchester as an assistant film sound recordist.

After a couple of years in this role during which time I travelled extensively working with Bamber Gascoigne on a series called "The Christians" and on many projects with the "World in Action" team, I changed direction and began work as an assistant Film Dubbing Mixer at Granada in 1976 before being promoted to Dubbing Mixer a couple of years later.

This was during a period of great creativity at Granada. Many now famous directors were cutting their teeth on projects like "Brideshead Revisited" , "Jewel in the Crown" and "Sherlock Holmes".  Documentary series such as "Disappearing World" and the weekly investigative programme "World in Action" were at their height, all of which kept me very busy!

Since then, I've mixed countless documentaries, drama series and a number of feature films not only for Granada but many for Channel 4 and the BBC and have had the privilege of working with many of the great names in film and TV.

A lot of hard work and very long hours but very satisfying. I was really enjoying myself... and then, out of the blue, it all came to an abrupt end, when I suffered a serious brain haemorrhage in 2000, after which followed a few years of rest before things returned to normal.
I moved back to the South West in 2010 and am now thoroughly enjoying retirement. I'm still a member of BAFTA and take a keen interest in the film and TV world.