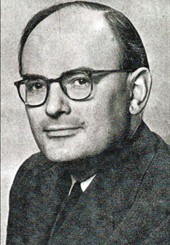 Charles Martin Meade-King died on 27 April 2008 aged 94.  After leaving school at Clifton he went up to Exeter College, Oxford to read History.  His contemporary there was Nigel Radford who was to join him years later at Plymouth college as its first boarding-house master in Mannamead House and who subsequently became senior master.

Martin Meade-King saw service in the Intelligence Corps during  World war II and was posted for a time in Greece.  On demobilisation he was appointed a housemaster at mill Hill, coming down to the Westcountry as Headmaster of the College in 1955.  He retired in 1973.

During his time at the school in the days of the direct grant system, which enabled the entry of boys whose parents might otherwise have found difficulty with payment of fees, the academic excellence achieved was in no small part the result of his support in the classroom, though his helpful presence in various other areas of school life was keenly felt by pupils and masters.  A token of the regard in which he was held was the naming of the main assembly hall after him.