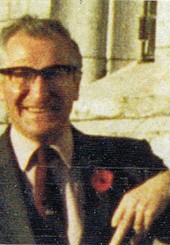 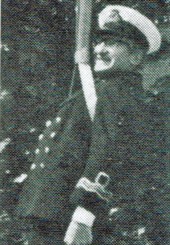 Frank Jeffery died on 31 August 2008 at the age of 81.  In National Service days he had at first joined the Royal Marines, then transferred to the Royal navy as a ‘schoolie’ with a short service commission.

He continued in education for the rest of his professional life.  At Plymouth College, which he entered in 1952, he built up the biology department, seeing the fruits of his labours eventually rewarded with the opening of the new laboratories in Valletort quadrangle.

An active member of the Assistant Masters & Mistresses Association locally, at school he was for many years in the Combined Cadet Force, most ably commanding its Royal Navy section.  Inter-service camps in the Brecon Beacons in the Easter holidays allowed him to indulge his passion for walking in the open countryside, a passion he continued to satisfy in retirement with the Probus Club; he was a founder member of the Plymouth City Club.

After running his very successful department for some years, he became Senior Master, a post he filled with great sense of duty, commitment and fairness.  Always a supporter of the OPMs, he was their chairman for a time and editor.  He retired in 1987.