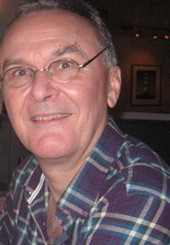 On leaving school I went to Plymouth College of Technology to resume my struggle with ‘A’ levels.  After that I joined Unigate and was sponsored on an HND course at Slough College of Technology where I unexpectedly renewed acquaintances with Ian Leech. At the end of the course I took up a position in Employee Relations and now have over 35 years experience of working in the milk, food, meat, and logistics industries of Europe.

When I left Unigate in 2000 I was the the HR Director of an international £1.5 billion turnover business and the Employee Relations Manager of a £3 billion international Group where I was actively involved with the successful restructuring of a number of significant businesses.

During that time I led the HR due diligence and integration process of a number of acquisitions and added £35m profit over 3 years through an HR initiative. I was also Chairman of the Dairy Industry Federation's IR Committee and led the annual pay negotiates for the Industry for 8 years.

I set up my own company in 2000 which offers the recruitment and outplacement of managers from first line to executive directors.

Cricket, fives and skiing are my main interests. I entered the National Veterans Fives tournament in 2008 and failed so miserably that I have not ventured back! This year the tournament will be at my home club based at Marlborough College so I might be tempted to make a fool of myself again!

Other interests include the history of freshwater fishing flies, navigating the lower reaches of the Limpopo, needlework and going to the dogs.

The remainder of my spare time is spent on exploring new developments in animal lobotomy and reviewing the influence of Pygmy machrame on haut couteur in Anchorage and Ulang Bator.

As far as groups and associations go I am a founder member of TWIFYEAR ( the world is flat your eyes are round) Society and a member of the Julius Henry Marx and Terence Alan Milligna Appreciation Societies.

I am married to Angie and my daughter, Faye, is studying to become a veterinary at Glasgow University.